Take a journey through centuries –

At the confluence of the rivers Ostravice and Odra lies Landek (“Land-Ecke” literally translated from German means “corner of the country,” only 280 meters high hill. Although Landek did not grow as much in ancient times, it has assembled as many attractions during its existence as just a few other nooks and crannies in the Czech Republic.

Have you ever took a ride in a “mining train“?

Coal mining at Landek was probably the first to begin, as early as 1789, and continued until 1991. After its completion, the area was preserved and transformed into the Mining Museum, the largest of its kind in our country. Today, you can visit the chain locker rooms, ride a small mining train, see the excavation and rescue equipment and even “descent” to the mining shaft by the hoist cage like an actual, true miner.

Landek, however, wrote its own unique history long before the discovery of black coal. In the 1920s, during the renovation of tennis courts, they discovered an archeological site here - a settlement of mammoth hunters from the Old Stone Age, approximately 30,000 years old. One of the rarest finds is the Venus of Petřkov - a 4.5 cm high statuette of a woman carved from hematite. She excels in the fact that unlike her colleagues (for example Venus of Věstonice) she has a slim figure. The original can be found in Brno; an enlarged replica stands on Landek not far from the exhibition with statues of a mammoth and its hunters.

Do you want to go for a nice walk?

Fortunately, Landek's attractions do not end even with a mammoth. The whole hill is covered with a rare deciduous forest (native tree typology groups of our landscape). You can walk under linden trees, birches, oaks, hornbeams, maples and other beautiful trees. For example, some beeches are even more than 150 years old! The eyes of a science enthusiasts can be charmed by some protected specimens of birds and beetles - if they are lucky enough. Colleagues from the ranks of geologists will also get their money's worth; they can admire the sight of the coal seams that rise to the surface - the world's phenomenon!

If you want to relax or just enjoy something tasty; a mini ZOO, a children's playground, the Harenda u Barborky and Bistropen restaurants await you - stylish establishments right in the heart of the former mining area. There is simply something for everyone in this charming corner of Ostrava.

20% off on entrance fee to the mining museum for OSTRAVACARD!!! holders 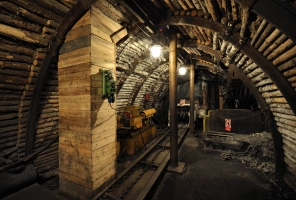 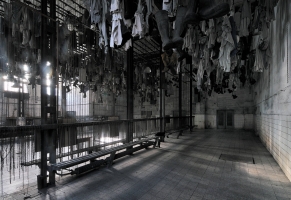