Magnificent concerts, perfect sound, breathtaking projections and especially great musical and singing performances of THE BACKWARDS with the support of the North Bohemian Philharmonic

Hello, Goodbye + Hey Jude + Yellow Submarine + Here Comes The Sun + Across The Universe + Let It Be + While My Guitar Gently Weeps + Yesterday + All You Need Is Love + Ob-La-Di Ob-La-Da + Penny Lane and many others

Two-time winners of the World Beatlefest in New York in 1998 and 2003, the band The Backwards in more than twenty years of its existence has performed countless concerts throughout the Czech and Slovak Republics, almost throughout Europe, toured several times in the US and Africa. Their quality is also evidenced by several musical - theatrical projects, in which they performed their famous musical patterns on the stages of the Theater. T
he band is one of the most famous and sought after Beatles tribute bands in the world. The Backwards not only have a perfectly crafted sound, but also pay attention to image, stage look, interplay and production. It is also extremely attractive for connoisseurs and musicians that the band uses the same musical equipment and models of musical instruments of quality brands such as Vox, Rickenbacker, Gretsch, Höfner, Ludwig, etc. for the most faithful sound possible.
"Playing the amazing, immortal music we have loved since childhood and having dozens of great symphonic musicians behind us is, in our case, the fulfillment of a boy's dream," says Paul McCartney's representative Miroslav Džunko. "In addition, in great and modern arrangements, which were created just for this project," adds František Suchanský, on stage George Harrison. Dalibor Štroncer, like John Lennon, also adds: "We are really happy that this project was created and we can present it to thousands of listeners." 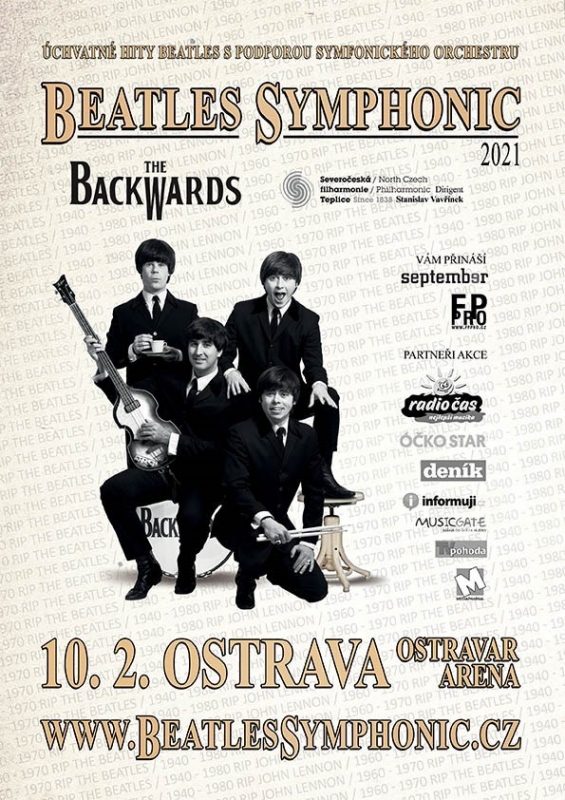 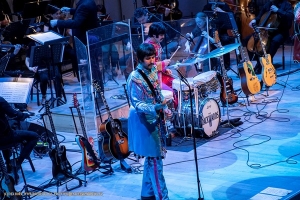 Arrivals hall of the International Airport of Leoš Janáček