The THE AUSTRALIAN PINK FLOYD SHOW has over 4 million tickets sold worldwide, is labeled the "Gold Standard" or "Kings of the Genre", and is most certainly the greatest show of its kind!

This critically acclaimed, unique show has been performing the music of PINK FLOYD for over 30 years, stunning audiences around the world with its excellence.

"We always strive to reproduce the complete Pink Floyd experience and bring the music to an ever-new audience. The concert also includes a stunning light and laser show, video animations, state-of-the-art technology, high-definition LED screens and other special effects. In addition, in true Pink Floyd style, you will see several huge inflatable curiosities including a giant pig or our very own unique pink kangaroo" TAPFS themselves describe their show.

THE AUSTRALIAN PINK FLOYD SHOW is often described as much more than just a tribute band. It is the first Pink Floyd tribute show, which managed to transfer this concept to giant arenas around the world. The band has already sold out halls across Europe, Great Britain, America, Canada, South America and Russia.

Now, after 3 years, this phenomenon returns to the Czech Republic, to the OSTRAVAR ARENA in Ostrava, to please not only its permanent fan base here, but also to introduce itself to other enthusiasts of music of the legendary Pink Floyd. It's time to shine again, so here's the new song "The Dark Side of the Moon"!

This tour will celebrate the 50th anniversary of Pink Floyd's eighth studio album and bring to the stage the songs that mean so much to Pink Floyd fans. Originally released in March 1973, "The Dark Side of the Moon" is one of the most acclaimed records in history. It is undoubtedly Pink Floyd's most successful album and one of the best-selling albums ever. THE AUSTRALIAN PINK FLOYD SHOW will feature this record in the first half of the show, with the second half featuring a selection of other iconic Pink Floyd tracks.

This tour will feature Pink Floyd music from every era and TAPFS will once again bring you the legacy of Barrett, Waters, Gilmour, Wright & Mason in a beautiful show that pays sincere and true tribute to the legendary Pink Floyd. 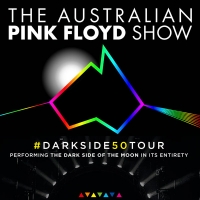 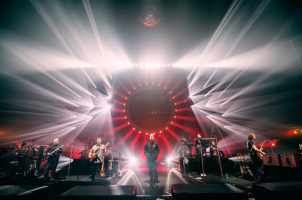 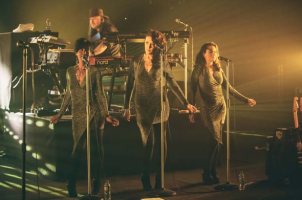